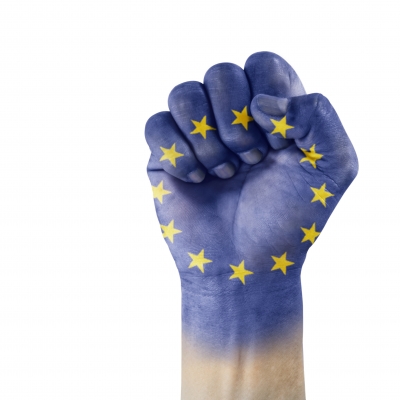 The UK Health Food Manufacturers' Association (HFMA) has issued guidance to help companies deal with the impending December 14, 2012, deadline when the article 13.1 list of around 1500 health claim rejections and only 222 approvals will become enforceable across all countries of the EU.

It will also give advice about the 2000+ claims that are currently on hold. These include around 1500 botanical submissions over which there is an on-going debate: can tradition-of-use data substantiate claims or not?

Advice on formulation, the impact on health professional communications, the use of consumer testimonials and claim-making for specific nutrients like chondroitin, probiotics and antioxidants are also featured.
"With the deadline for the NHCR [nutrition and health claims regulation] compliance fast approaching, it is a vital time for manufacturers to ensure they are fully prepared," said HFMA executive director, Graham Keen. "While the enforcement and interpretation of legislation is a matter for the applicable regulatory body and/or the courts, not the HFMA, we are aiming to provide guidance to members on our interpretation of the law, to best help them comply with this significant Regulation."

The group is hosting a workshop on these matters on 18th September 2012 in London. More information on that can be found here.

While the HFMA attempts to help its members stay within the new laws, it is hoping some of the adaptations may not be necessary. That is, if the legal challenge it has mounted to the NHCR will succeed before the December 14 deadline. This challenge is joined by the Dutch group Gezondheidsproducten Nederland (NPN) and seeks to annul the recently published article 13.1 register of claims approved and rejected claims.

The challenge is being mounted on several grounds including disproportionality and lack of guidance and legal certainty.

Martin Last, chairman of the UK Health Food Manufacturers’ Association (HFMA), said: “We are taking this action as a last resort because the European Commission has failed to respond to our legitimate concerns. “From the start we’ve cooperated in good faith to help execute the Health Claims Regulation, but are now very unhappy with the flawed and inappropriate way that both the Commission and EFSA (the European Food Safety Authority) have decided to implement this legislation.” Mr. Last said a 2007 report by the UK’s Food Standards Agency had affirmed most well-established health claims were expected to continue to be allowed on the market. “The way this Regulation is being implemented risks denying consumers access to the very information that they need…”

Mischa Strijder, chairman of the Natuur- en Gezondheidsproducten Nederland (NPN), stated: “The disastrous implementation of this legislation has failed on several counts. The European Commission failed to provide clear and timely guidance, in fact the first guidance only appeared some 18 months after the deadline for the submission of potential health claims. NPN did its best to cope with the level of uncertainty created by the Commission and it is very unfortunate that our efforts to assist the Commission in arriving at a proportionate and fair ‘Permitted List’ were completely disregarded. We hope that the Court will provide the clarity and certainty that the Commission failed to provide.”

The action, lodged in the General Court of the European Union, is joined by NPN member New Care Supplements and HFMA members Natures Aid and Quest Vitamins.